Contracts for Goods: Your Statutory Rights 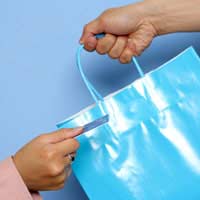 When you buy goods as a consumer, which means that you are buying them from a seller who is selling you those goods in the course of a business (trader), there are certain statutory rights that accompany the purchase. These rights aren’t generally contained in a written contract but are implied, because they are codified in the law.

You will often see on terms and conditions of sale the words ‘Your statutory rights are not affected.’ This means that the seller is not trying to evade the obligations provided by law. The law that applies in relation to sales of goods to consumers is the Sale of Goods Act 1979 (as amended).

There are three requirements under the legislation. If any one or more of these is not complied with, it is the trader’s responsibility to rectify the problem. These are as follows:

The goods must correlate with their description. This applies to second hand goods and antiques as well as to new goods. However, it would not be a breach of contract for a trader to add to a description, for example, ‘actual colour may vary’ or ‘not to scale’. This is because the requirement for traders is to ensure that the goods ‘conform to contract.’

Failure to describe the goods accurately, aside from breaching the contract with the consumer, may also mean that the trader is in breach of the Trade Descriptions Act. The description of goods also applies to its price, although advertising a false or misleading price would also mean that the trader would be in breach of advertising standards regulations.

The goods that you buy as a consumer must be of a certain quality. This is a relative requirement in that something that is cheaply made is expected to be of a lesser quality than its luxury equivalent. For example, one shirt costs £8, whereas the other costs £80. One is made of very cheap material, the other of fine fabric. As long as both of them are safe, have no defects and are capable of being worn as shirts they will fulfil the requirement of satisfactory quality.

Your purchase should also be ‘fit for purpose.’ This means that it should be capable of doing what it is meant to do. For example, a washing machine should be capable of washing clothes. If, at the time you are making the purchase, you tell the trader that you require it for a particular purpose, they should tell you if it is not suitable for the specific purpose. For example, if you bought a jacket and told the seller you were buying it because you wanted to keep dry while on your Cumbrian walking holiday, they would be in breach of contract if they failed to tell you that the jacket was not waterproof.

Your Right to Reject the Goods

If the trader breaches any one of these rights under the Sale of Goods Act, you as consumer are entitled to reject the goods, provided you do so within a ‘reasonable time.’ The length of time that is considered ‘reasonable’ is not prescribed by law and varies depending on the nature of the goods. However, consumers are entitled to ask for a replacement or for a repair (as long as the cost is not prohibitive, in which case a replacement may be more suitable) at any time up to a maximum of six years after the original purchase.