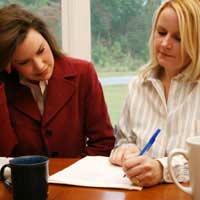 In Britain, civil ceremonies are the nearest substitute available for same sex marriage contracts. Civil ceremonies, or civil weddings, have become very popular since the law changed in 2005 to allow gay couples to form civil partnerships.

Cities and towns in the UK were inundated with same sex marriage bookings after the introduction of the Civil Partnership Act in 2005. Around 15,000 gay weddings took place in the first nine months after the introduction of the law. Although same sex civil ceremonies are not regarded officially as weddings, the partnership act does give gay couple some of the same rights as married couples.

The Civil Partnership Act has caused some controversy since its introduction, especially from religious organisations. But advances in gay rights have been proceeding slowly and the question of why same sex couples cannot simply become married is still awaiting an answer from the government. Prior to 2005 civil partnerships were not possible in the UK and at the moment the option for gay couples is either to proceed with a civil partnership or wait until the law changes and permits same sex marriage contracts.

There are some requirements that will need to be met before a civil partnership can be seen as official. These rules include that both partners be of the same sex and are not already married or still in a civil partnership. Both partners must also be over 16 years of age, and if they are under 18 then consent must have been received from the parents.

Couples who are intending to form a civil partnership will have to register their intention by giving at least 15 days notice of their intention to register. When they give this notice they must also register where the partnership is to be actually performed. This notice should be given at the registry office in the district where the couple reside. All that is then required in order to enter into the same sex “marriage” contract is for the couple to sign the register on the official day at the registry office or other approved location.

The registration should be witnessed by at least two people and rings can be exchanged. There is no legal requirement for either couple to adopt the other’s surname, but some couples will do this as a further symbol of their commitment and love towards each other.

As with marriage contracts there are a few legal requirements that will need to be met before a civil partnership can be dissolved. These will include applying to the court and supplying evidence that the partnership has broken down beyond repair. Reasons for the breakdown can be unreasonable behaviour, desertion for two years, separation for two years with an agreement to terminate the partnership, and separation for five years where no agreement is needed.

Once the partnership is dissolved then some of the legal rights may also be terminated. However, as with marriages, some rights including parental responsibilities and child maintenance will still officially be recognised by the court. If agreements regarding these rights cannot be reached between the couple then the court system may be called in to resolve the dispute and help both parents come to an agreement.