Home > Ask Our Experts > Timeshare - Can I Cancel My Contract?

Timeshare - Can I Cancel My Contract? 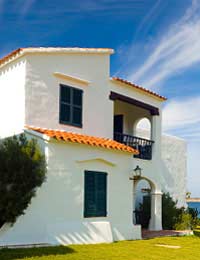 Following a BBC Watchdog programme about ETOO I have tried to cancel a contract with them to sell timeshare. They are saying that under the Distance Selling Act 2000, the seven day cooling off period had expired and that I cannot cancel. However, when I have looked into the Act, it states that: if they did not give written confirmation of prior information i.e. how I can exercise my rights to cancel, then they cannot enforce the contract. Is this correct?

They keep avoiding that bit now and keep going on about the cooling off period. In no correspondence that I have received did it mention my right to cancel.

Timeshare selling has in the past had a bad reputation due to dubious selling methods. However, consumers do have a number of rights when it comes to cancelling a timeshare contract.

Different countries will have different rules on how this information is included. For instance, in the United Kingdom the cooling-off information should be placed directly next to where the signature of the buyer is set. In Belgium and Luxembourg the information is in bold capitals in a box in the contract. Regulations in France mean that the cooling-off period details are included in a separate form, with copies for the buyer and the seller.

If you inform the timeshare seller that you are aware of your rights and they will still not let you cancel, then legal advice should be sought. Under the Timeshare Directive regulations the seller can lose their licence if they are one of the member states included in the Timeshare Directive. There may also be a case for compensation that the buyer can claim.

For more information on your rights regarding timeshare properties contact the Trading Standards Office, the Citizens Advice Bureau or the Timeshare Consumers Association.