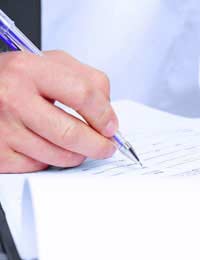 There are numerous reasons why an employer would hire overseas workers. They can include performing a job that requires specialist skills that are unavailable in Britain or to fill employment vacancies where there are not enough British applicants. A worker can also be transferred to another country but still work for the same company, sometimes known as secondment.

What is and isn't included in the overseas worker's contract will usually be dependant on whether the job is going to be temporary or permanent. If the employment is only a short secondment then many companies will find it easier for the employee to keep their own country's pay rates and employment benefits. Included in the contract will usually be:

Dual contracts have been under some fire lately from UK companies. These contracts permit overseas workers who are resident in the UK but are nondomiciled to be paid in the UK from one contract but paid for work overseas from another. The nondomiciled status means that taxation can be very low, and some have accused dual contracts as specifically leading to tax evasion.

Reports have shown that as much as £3 billion could be gained in extra tax if nondomiciled workers lost their low tax status. It is well known that many overseas workers will structure their work based around countries where the taxation will be low. There are a number of rules and regulations where dual contracts are concerned and more advice can be found from the HM Revenue and Customs office.

Much has been made in the media of the high number of illegal overseas workers in the UK. There are severe penalties for any employer who offers employment to an overseas worker without the proper visas and work permits. At the moment the penalty for employers who negligently employ illegal workers from overseas is £10,000 per worker. Employers who knowingly employ illegal workers will face an unlimited fine and a prison sentence. Any overseas worker's contract that is found to be illegal may also deem the employee's employment rights void.

The rules and regulations regarding overseas worker's contracts are in place for the protection of both employer and employee. Working overseas can be a great learning experience both culturally and professionally. Although the documentation involved can sometimes give red tape headaches, the consequences to working without the correct legal visas, permits and contracts are simply not worth the risk.