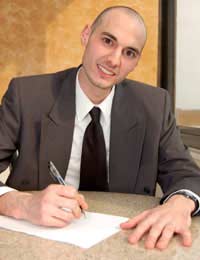 Rights of the Part Time Employee

Part time workers should not be treated any differently than full time workers. A part time employee who is employed to do the same job as a full time member of staff should receive the same hourly rate. The rate of pay should be stipulated in the part time worker’s contract or written statement.

An employer will have to show reasonable justification if the part time worker has been given less favourable terms and conditions that a full time member of staff. But all statutory rights such as sick leave, holidays, maternity leave and notification of termination should be the same for part time and full time workers but worked out on a pro rata scale.

Part time worker’s contracts can be ongoing or they can terminate the contract when the job finishes and then decided to renew it. Alternatively the company may offer to renew the contract after three to six months and it will be up to the employee whether he or she renews the contract.

Overtime and the Part Time Worker

One of the major differences between the full time worker and the part time worker will be the right to overtime pay. Part time workers will not usually receive overtime pay until they have worked over the same amount of hours as a full time member of staff. This stipulation should be stated in any part time employee’s contract or in another document or staff terms and conditions handbook held within the employer’s company. The part time worker should have full access to this documentation and should be made aware of it when they commence employment.

The new legislation brought out in 2000 was good news for part time employees regarding their contractual terms and conditions of employment. It not only brings their rights and terms of employment into line with full time workers but should also put an end to any other unfavourable treatment of part time workers that has occurred in the past.

Changing a Contract
Share Your Story, Join the Discussion or Seek Advice..
im working at private steel company as part time i am working 70 hours per week and i work 2 to 3 weeks permonth. i am rating R20 per hour while permanents rates R52 per hour even when i work during weekends is overtimes for permanents only i have 1 year 6 month
JG - 7-Apr-20 @ 1:19 PM
Hi I recently applied for a job, with hours of 22.5 hours per week with an annual salary shown of, lets say £10,000 for arguments sake. No where in the initial advert or at any time throught the application or interview process was the word pro rata mentioned, including the conditional offer which stated the working hours and salary.It is only now, a week before I am due to start that I have received my contract confirming the full terms and conditions stating that the salary of "£10,000" is based on a 37.5 hour week and so if working less hours thatn that, the salary would be calcualted on a pro rata basis. As you can imagine, it is a massive blow as the pay now works out to be about half of the amount I was expecting. If I had known it was pro rata, I would never had applied.I have now given notice inmy current job and don't know which way to turn. I have written to the HR dept of the new employer to appeal to them as I feel I have been grossly misled, but where do I stand legally? Many thanks Georgia
Plane Jane - 4-Nov-14 @ 11:18 AM
Title:
(never shown)
Firstname:
(never shown)
Surname:
(never shown)
Email:
(never shown)
Nickname:
(shown)
Comment:
Validate: