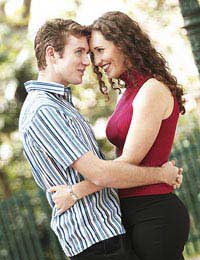 In recent years the number of couples who live together as man and wife has grown considerably. In Britain the statistics for couples who live together but are not married is around one in six, or 25%. Many of these couples are still under the assumption that common law marriage contracts exist and that they are entitled to the same rights as legally married couples.

If ignorance is bliss then many couples are living together happy in the knowledge that if the split up they will have the same rights as married couples. In fact in legal terms there is no such thing as a common law marriage. The assumption that if couples live together as man and wife for a number of years they are classed as married within common law is in fact a myth.

As the law courts do not accept common law marriage contracts it is a wise move to have some precautions set in place regarding finances and property. Couples who are intending to live together but are not intending to marry should make sure that property and financial agreements are signed by both parties.

If renting a home together both names should be on a tenancy agreement. If a couple is buying property together then this needs to be documented. The simple act of paying half of the mortgage without any proof will not be automatically accepted in a court of law. If one half of the couple already owns the home and the other half moves into the home some form of legally binding document should exist to protect the rights of both parties.

As far as the law is concerned ex partners are not entitled to maintenance payments. There is no legal requirement for one partner to pay the other any form of maintenance even if one half of the couple gave up work to look after the home and children. However, if children are in involved then maintenance will need to be arranged in the form of child support payments.

Unlike couples that are married, couples who live together will not have the same rights if one partner dies. If no will has been made then the surviving partner will not automatically be entitled to inherit anything. The surviving partner will also not be entitled to any state benefits such as bereavement benefits or pensions that are based on the national insurance contributions of the partner that died.

Couple who are intending to live together without marriage should consider entering into a Living Together Agreement. This is a document that can be drawn up that will include the terms and conditions pertaining to the rights of the couple. It should include financial considerations and how property and finances will be divided should the couple split up. Although living together agreements do not score high with the romance factor it is a wise idea to protect the financial rights of both parties involved.

Couples who live together for a number of years as man and wife should be fully aware of their rights, especially where children, property and finances are concerned. It is far better to be realistic about these issues and have agreements set in place than to be left with absolutely nothing if a break up occurs.

Contracts and Agreements Surrounding Divorce
Share Your Story, Join the Discussion or Seek Advice..
Your own statements contradict themselves.To become a married couple has always been a right and pre-exists government itself.People have been getting married for 5,000 years man!The idea that only if you get the government's permission to be married, only then will your rights to contract, your property and parental rights be protected.How absurd.Rights like marriage, parenting, owning and acquiring property, self-defense, etc, all come from nature, not government.Sure, governments can choose to ignore your God given rights, but all governments who act in this manner always seem to eventually find themselves ended by violent revolution.If a couple holds themselves out to be married and both have consented as such and act as such, they are in fact married and the courts should respect that couple's choices, but also hold them to the responsibility that goes along with that decision.All law is based on contractual consent.... without consent, you have tyranny and violence.
Michael D. Elliott - 29-Feb-12 @ 8:21 PM
Title:
(never shown)
Firstname:
(never shown)
Surname:
(never shown)
Email:
(never shown)
Nickname:
(shown)
Comment:
Validate: