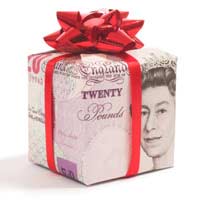 Sometimes a contract can seem as though it is legally binding when in fact it is not valid in law. For example, gifts, gestures in wills and unilateral actions are not contracts although there are often misconceptions that they are. Contracts do not have to be in writing: if you buy a paper from a news stand, or drink a pint at a pub, these are both actions formed out of contractual relationships. Here are some examples of situations that are not legally binding:

One of the elements that is required for a contract is that an offer must be made by one party that is accepted by the other. For example, merely putting an advertisement in a paper about a car for sale does not mean that the seller is bound to sell it. In legal terms this is called an ‘invitation to treat.’

If a potential buyer arranges to view the car, he is under no obligation to buy it. If the seller decided to give the car to his son and told his son that he was going to do this, and then sold it to the buyer anyway, the son would not have an action for breach of contract against his father. This is because the son had not done anything to make the situation legally binding. The outcome may be different if the son had, based on the father’s declaration, paid for the car to be serviced on the basis that he knew it would soon be his.

If there are uncertainties attached to a contract, for example, an unspecified price, then this will mean that the contract cannot be held to be binding. However, it is possible to fix a price according to a certain benchmark, but not to leave the price completely uncertain. If a contract is illegal, then it stands to reason that it cannot be legally binding.

As we have already seen, merely giving someone a gift is not a legally binding contract, nor is the giving of pocket money, nor is an informal arrangement for child maintenance. For a contract to have a legally binding status, there must be a ‘price’ or other consideration attached. With confidentiality agreements, for example, the party who discloses the confidential information is doing so unilaterally, and unless the receiving party does not give something in return (known in legal terms as ‘consideration’) the agreement is not legally binding.

Parties to a contract must also intend to enter into a contractual situation. If for example, someone says ‘if she wins the race, I’ll eat my hat’ that is probably not intended to be legally binding (nor is there any consideration.)

Unilateral contracts are contracts that are open to ‘the world’ and for which no actual ‘acceptance’ must be communicated to the offering party. For example, you lose a pet and put up posters that say that a reward is available to anyone who can offer the safe return of the pet in question. When someone brings the lost pet back, that act would be sufficient to form a unilateral contract.

How to Interpret a Contract
Share Your Story, Join the Discussion or Seek Advice..
Is an email from an employee of my life insurance company considered legally binding? I received an email as follows:Received the amendment and benefit verification, the waiver of premium should have been part of policy since 1994.The information has been sent over to our claims department and working with them regarding the documents that you have provided. I will be in touch with you regarding the process of getting this update after it has been reviewed with our claims department. However, the insurance company is now stating this isn't valid.
Cheryl - 18-Jul-17 @ 7:43 PM
A contract was executed and signed.However, in the space where a dollar amount is requested there is nothing.
Edmund - 21-Jul-14 @ 10:23 AM
If a primary contract is declared void due to lack of capacity then is the guarantor contract void/invalid?
sam - 4-Jun-12 @ 2:10 PM
Title:
(never shown)
Firstname:
(never shown)
Surname:
(never shown)
Email:
(never shown)
Nickname:
(shown)
Comment:
Validate: