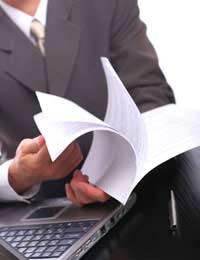 A policy is different to a contract, in that it is not necessarily binding on the people that it affects. It does however provide rules and outline procedures in order to guide decisions. Depending on whose policy it is and what it is used for, if a failure by a public body to follow a policy affects you it may be challengeable in law.

Policies do not usually provide what is actually to be done in any particular situation, but normally set out the rationale behind the way in which decisions are made and why. A wide variety of organisations have policies in place, from charities, all types of businesses, governments, public sector organisations and others. Policies differ from contractual clauses, laws and rules in that they cannot actually compel an organisation to act in a particular way. If an organisation makes a decision that is completely contrary to its policy, it must be able to justify its departure from its own policy. Broadly speaking, the more well-established a policy is, the less likely it will be that the organisation can rationally and fairly depart from it.

Although policies are not contracts, there are methods by which you can seek to challenge them if you are personally affected by a decision made by a public body. In law, the definition of a ‘public body’ is wide ranging. Public bodies include central and local government, the national health service, as well as the police, prison service, the UK Border Agency, the courts, the Environment Agency, and Her Majesty’s Revenue and Customs – to name but a few. Perhaps surprisingly, anyone who is a registered social landlord – i.e. a landlord who acts on behalf of a local housing authority – is also a public body in law.

All of these public bodies will have policies on how to deal with certain types of situations that involve members of the public. If you are on the receiving end of a decision that has been made by a public body, the decision may be susceptible to judicial review. This may be the case because the decision was contrary to the public body’s own policy, or was unlawful, irrational or otherwise unfair.

Of course, these kinds of policies do not bind the public body in the same way as a contract would. There is, however, often what’s called a ‘legitimate expectation’ that members of the public will be treated in a way that is consistent with previous similar decisions. So if your local council decides to grant planning permission to put a waste processing plant at the end of your residential street, or if you are treated in a way that is contrary to a public body’s normal policy contact a lawyer straight away. Your claim may be prejudiced by delay.