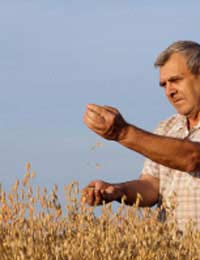 The case of Smith v Hughes in 1871 has not only helped to shape English contract law as it is today, but has also influenced other jurisdictions throughout the world.

In a nutshell, Smith v Hughes provides that the seller of goods is under no obligation to correct a mistaken belief held by the buyer about the goods he or she is buying.

Facts of the Case

The plaintiff offered to sell oats to the defendant, and sent a sample to him. The defendant took the sample and wrote to the plaintiff to say that he would accept the oats at a cost of 34s per quarter. When the oats arrived, the defendant refused to accept them on the basis that he thought he was buying old oats, and the oats that the plaintiff had sold him were new. The price the plaintiff was charging was very high for new oats. There were conflicting accounts given at the trial as to whether the word ‘old’ was used at all during the formation of the contract.

The Judge’s Directions to the Jury

The judge at Surrey County Court gave several directions to the jury. (In modern times, there would be no jury in a civil case of this nature, which would be decided by a judge alone.) If the jury thought the word ‘old’ had been used to describe the oats at the time of the contract, they were directed to find for the defendant. If the jury thought that neither ‘old’ nor ‘new’ was used to describe the oats and the plaintiff did not think that the defendant believed he was buying old oats, they should find for the plaintiff.

The case was appealed to the Queen’s Bench Division who considered whether this direction to the jury was in fact correct. Blackburn J said there was no legal obligation on the vendor to inform the purchaser that he had made a mistake. Further, he said that if the sale is for a specific article (or in this case, a sample of the oats from the quantity later to be supplied) then it follows that the purchaser has to accept the article even though it does not possess the quality he thinks it does. This does not negate the offence of fraud, however: if the seller misled the buyer into thinking that the oats had been old when they were in fact new, this would be a different issue.

The Queen’s Bench ordered a retrial, indicating that the question was what the parties had communicated to one another. Reinforcing the old principle of ‘caveat emptor’ or ‘buyer beware’ the court found that there was no grounds for rescission of a contract on the facts of the instant case. Both parties had agreed to the sale and purchase of the oats. The defendant thought they were old, whereas the plaintiff knew they were new. The problem arose when the defendant failed to make the age of the oats a term of the contract.

Nowadays this legal principle is still valid and governs innumerable transactions here and across the world. It may be particularly useful in relation to items sold by auction, Ebay, and second hand goods, as well as reinforcing the fact that parties should contract on terms that are relevant and necessary to them, without leaving out significant parts of the description of the items for sale.
Next Page

How to Interpret a Contract
Share Your Story, Join the Discussion or Seek Advice..
This was a good summary of what transpired in the court of appeal. However, could you please help us to know the ruling of the trial court? It looks as though the trial judge ruled for the defendant based on the decision of the jury but the ruling has not been reported. Was it established that there was no contract?
Platovan - 14-Sep-11 @ 8:37 AM
Title:
(never shown)
Firstname:
(never shown)
Surname:
(never shown)
Email:
(never shown)
Nickname:
(shown)
Comment:
Validate: