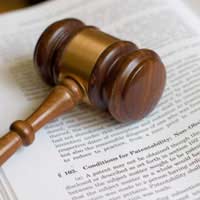 A patent is used to protect new inventions with the purpose of allowing the creator of the invention to have the legal right to decide who can and cannot make, import, or sell the invention without their permission. Patents also cover how new inventions function, how they work and what they are made of.

Patents and the Law

Although it is not required many inventors will use patent agents in much the same way that authors use literary agents. Patent agents will be able to give advice on the best way of commercialising the invention and deal with applications and negotiations with the patent office. They will also be knowledgeable on the best way to protect the invention and the inventor’s rights outside of the normal patent route.

There is no fee for a patent application but it will cost around £200 in fees in order to obtain a patent grant. If the patent is granted there will also be renewal fees to pay, and if you hire a patent agent then his or her fees will also need to be paid.

Patent infringement is taken very seriously and hefty fines have been applied by the law for infringement. Cases of infringement of patent rights have been found in very large and very well known companies and the financial penalties imposed have ranked at the millions of pounds level. Inventors who are applying for patent rights will need to check with the patents database in order to make sure that they are not infringing on anyone else’s patent rights.

Patent law has been set in place to both protect the rights of the inventor in much the same way that copyright exists for authors, musicians and artists. Gaining a patent for an invention is not an easy process and in some cases it can take a few years, but it is the sensible approach to take in order to prevent other from exploiting what could be years of hard work.