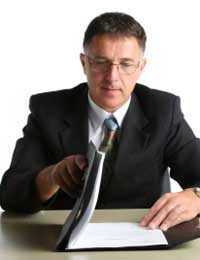 The note may be used in connection with some other form of service but there is one difference with a promissory note; the agreed amount must be repaid even if the original service agreement or contract did not occur. Promissory notes are stand alone agreements and the principal promise of repayment is usually unconditional, which means they will need to be repaid regardless of whatever occurs between the lender and the borrower. However, promissory notes will have a set of terms and conditions within the agreement.

The Guarantees of a Promissory Note

There are certain specifications that should be included in promissory notes and as legal documents go they are not complicated documents full of legal jargon. As long as the document's terms and conditions are clearly defined and both understandable and agreeable by lender and borrower there should be no need to seek legal expertise. However, where large sums of money are concerned it may be a wise option to take some form of legal advice.

Details in a Promissory Note

There will of course be some differences depending on the exact terms and conditions of the promissory note. There are details that will be used in all promissory notes and these will include:This list is not definitive and there are terms and conditions that can be set in place by both the lender and the borrower. These can include specific terms regarding repayments such as compounded interest.

If there are any unclear clauses or one party signed the note under any form of duress then the document may not be enforced if a dispute reaches the law courts. Similarly, if there is any form of unbalance in the note that is biased towards one person, or any of the terms seem unfair, such as extremely high interest rates, then the note may not be enforceable.

Once all of the terms and conditions have been accepted then the final act will be to sign the note. The lender should keep this note until all monies have been repaid and the agreement has reached its conclusion.

Promissory notes are sometimes known as IOUs or loan notes and the basic principle behind all of these terms is the same. A promise has been made to repay money and this promise can be legally enforced. It is in the best interests of the lender to always read the terms and conditions of any financial contract before signing any binding document.