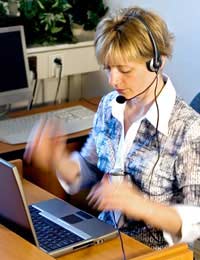 The Definition of Agency Work and Contracts

There are a number of different rights and regulations between regular employees and agency workers. For example the rate of holiday pay may differ, and holiday pay will be paid through the agency rather than the employer. However agency workers are still entitled to their statutory work rights, as are all employees. Agency workers should always check to make sure their statutory rights are covered in their contract of services. If they are not detailed on the contract then there may be fuller documentation kept within the agency office and this should be available to be viewed by the worker.

In many cases temporary workers will often go on to gain permanent employment with the company they have been placed to work at. Agencies will usually have their own stipulations regarding the fees they may charge to the hiring company if the worker is given permanent employment. In some cases no fees will be charged to the company if the temp worker has been there for around 13 weeks. Under usual agency work contracts, a temp worker can decide not to become a permanent member of staff. They can in fact decide to refuse jobs simply because it does not meet with their requirements. Some people simply like the freedom and flexibility that temporary work supplies.

Usually under the agency work contract terms, dismissal or a job ending can be immediate. There is usually no notice required by the hiring company to end the temp agency worker’s contract as they are not an employee of the company. However it has been known for a court to side with an agency worker, even if the agency contract states that a work assignment can be terminated without notice. In certain cases an appeal court has sided with the agency worker and decided that the dismissal without notice was unfair and they should be considered an employee and treated accordingly.

There are thousands of agency offices all over Britain supplying temp work. A contract for this type of work is legally required and working without a contract is an offence. Always check that statutory rights are included in agency contracts and enquire with the agency if they are not.

Changing a Contract
Share Your Story, Join the Discussion or Seek Advice..
[Add a Comment]
My name is Khalil I am 21 years old I am from Morocco and I have experience in this field in cooking I worked as a chef in hotels in Morocco for almost 2 years and I want to come to Romania to work
Khalil - 29-Jan-21 @ 5:28 PM
I work for agency and recently i had to go on medical leave due to the need for hand surgery. I was released from my doctor to go back to work 2 weeks after my surgery, but my employer took upon herself to keep me off work for another 2 weeks (all with no pay). So 5 days before going to work she informed me that i could not come back to my 1st shift position or my pay, i had to come back to 3rd shift for less pay. Is this even plausible?
Sammy - 14-Aug-20 @ 6:23 PM
I work for an agency within a company, the agency are now taking us on as permanent but I’ve never heard of being a permanent employee for an agency. Anyone aware of any pros and cons of this?
Melpeta - 4-Sep-19 @ 2:14 PM
I work for an agency often after my shift starts a line may brake down and I'm sent home mid shift am I entitled to a minimum amount of payed hrs
Bob - 18-May-18 @ 3:15 PM
Hi I've worked for an agency which has gone into liquidation I've been working in the same job for nearly 6 months I'm owed 2weks wages and 16 days holiday pay I've been told that I'm not entitled to any money owed because it was agency workers is there anything I can do
caz - 20-Feb-17 @ 3:39 PM
I was offered a contract and got a contract the day before the start date. Terms had changed (rate, duration, title) but was rectified for title and rate after several back and fros. The agency did not provide any details for starting on the agreed date the next morning (didn't even sign the contract themselves) claiming that they didn't get a purchase order from their client. Several days passed and same statement from the agency. Having signed the contract am I legaly bound to this job although the agency refuses to sign it after the start date and more to the point, cannot provide me the information to start working? Can the contract be put aside or rescinded on the basis of not allowing me to work from the start day to date. I am of course looking for another contract now but want to make sure I am in the clear. Really unpleasant situation. Thank you
jedkar - 12-Sep-15 @ 11:03 PM
@jeanette - it seems like one of those agencies that have fluctuations of workloads and while your employers may be on the ball at certain times of the year with things like reviews when work is quiet, they may have to change their operations when things get busy. Presumably, it seems like you have got the rough end of the stick and it is one rule for one and one rule for others. I think in this instance you would probably be better speaking to Acas as then you will be able to re-iterate the whole story. It would also be worth checking your contract to see what it says about the issues you are concerned about. You can speak to Acas via the link here. I hope this helps.
ContractsAndAgreements - 25-Feb-15 @ 9:50 AM
Hi could i get some advice ive beenworking for agency now 11 month,37hrs per wk on nights. i never had a review i was always hittin my perfomance, they sett aload more agency staff on just before xmas, now some of those have just got there contracts . they made me use 2wks of my holidays due to low volumes of work then , laid me off but theres still the other agency staff working there not hitting there perfomance. i think its very unfair how i ve been treat
jeanette - 22-Feb-15 @ 6:13 PM
Title:
(never shown)
Firstname:
(never shown)
Surname:
(never shown)
Email:
(never shown)
Nickname:
(shown)
Comment:
Validate: